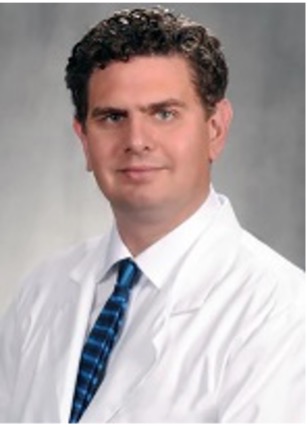 Brooklyn, NY -- SUNY Downstate Health Sciences University today announced that Shennan Weiss, M.D., Ph.D., an assistant professor in the Department of Neurology and Physiology, has been published in Brain Communications, an Oxford University Press Journal, for his groundbreaking research on epilepsy. The study’s findings will aid in future drug developments to prevent the onset of epilepsy following an injury, as well as ensuring neurologists and neurosurgeons are able to utilize the most effective surgical procedures to treat the disorder in their patients.

In patients with epilepsy, it is unclear if seizures are generated in a specific discrete region of the brain, or alternatively if they are generated by a network of distant regions acting together. Dr. Weiss’ research provides strong clinical and neurophysiological evidence that supports the latter network hypothesis – the first study of its kind to conclude so. Dr. Weiss used spatial and temporal correlations of an electrical biomarker of epileptic brain tissue called a ‘fast ripple’ to construct the epileptic networks in patients.

“I’m honored to have the support of the Downstate community and to publish this research on fast ripple networks in the brain,” said Dr. Weiss. “This is the first step to ensuring that neurologists and neurosurgeons can one day better identify those who will benefit from epilepsy surgery, as well as furthering drug development to prevent the onset of epilepsy.”

Specifically, the fast ripples examined in Dr. Weiss’ study were measured from surgically placed depth electrodes in drug-resistant patients with epilepsy at University of California Los Angeles and Thomas Jefferson University as part of their pre-surgical evaluation. Dr. Weiss utilized machine learning to train and test an algorithm based on fast ripple network measures to predict patients that failed to benefit from epilepsy surgery. The algorithm predicted surgical failures with an astonishing 92 percent accuracy, which may aid neurologists and neurosurgeons in identifying patients who will best benefit from epilepsy surgery and the most effective procedures.

Shennan Weiss, M.D. Ph.D., received his training in Neurology and Epileptology at Columbia University and University of California Los Angeles. He is a previous recipient of the prestigious Founders Award from the American Academy of Neurology for his work on epilepsy research.