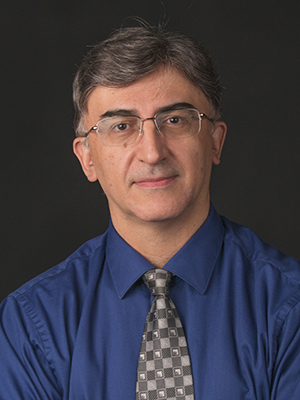 Dr. Kougias will provide executive leadership, direction, and administration of the Department of Surgery. In addition, he will recruit, direct, and develop a faculty providing the full range of surgical services, including transplant, pediatric, cardiothoracic, critical care, and vascular surgery.

Dr. Kougias and his team will collaborate with other faculty at Downstate to build thriving, multidisciplinary practices that draw patients and referrals from throughout Brooklyn and beyond. He will also lead faculty in developing innovative independent and collaborative clinical and health services research initiatives.

Dr. Kougias most recently was an Associate Division Chief for Vascular Surgery and Chief for the VA Vascular Surgery service line at Baylor College of Medicine in Houston, TX. During his 15-year tenure at Baylor, he has led or co-led multiple clinical and research initiatives, many of which achieved regional and national recognition.

Dr. Kougias also established a fenestrated aortic aneurysm program. This minimally invasive procedure allows surgeons to repair the aorta through small incisions in the groin and or arms while still preserving blood flow to the critical branch arteries, kidneys, and other organs. It is the first program of its kind at Baylor.

Dr. Kougias has held numerous leadership positions in national scientific associations. In addition, he serves on multiple editorial boards, including associate and assistant editor positions. His scientific work has been featured in high-impact, peer-reviewed publications, such as the New England Journal of Medicine, JAMA Surgery, and the Annals of Surgery.

Dr. Kougias was the Principal Investigator in three randomized controlled trials, including a multi-center randomized trial examining the effect of transfusion strategy on postoperative outcomes in high-risk cardiac patients. Dr. Kougias has received more than $27M in peer-reviewed funding over the past eight years and has been included in America's Top Doctors listing every year since 2009.