Learning to navigate through new environments by rodents is a widely used experimental model of memory formation that can be studied at the level of molecules, cells, networks and behavior. In most such spatial-behavior experiments data are collected as the rodent becomes familiar with a fixed chamber or maze, a single frame of reference. In contrast, in the active place avoidance paradigm, there are two frames of reference. The animal, after being placed on a slowly rotating arena, must learn to avoid a 60-degree sector that is fixed to the room-frame coordinates. To successfully avoid the sector, the rodent must keep track of both the moving local cues in the arena and the fixed distal cues in the room. This task was developed by Dr. Andre Fenton, Department of Physiology and Pharmacology, and is now used in many laboratories. Because this is a cognitively demanding task, correct behavior is very sensitive to experimental manipulations. Our Cognitive Behavior Facility has four experimental rooms set up with the equipment for carrying out these active place avoidance experiments. 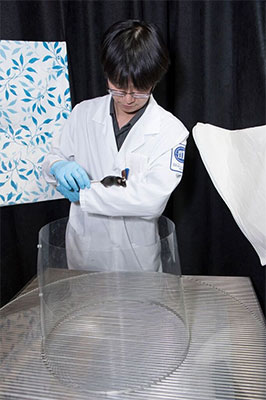 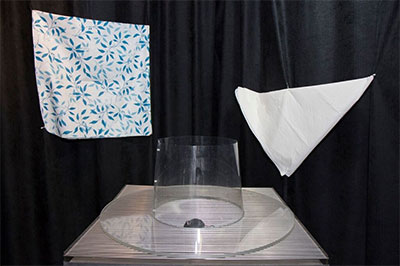 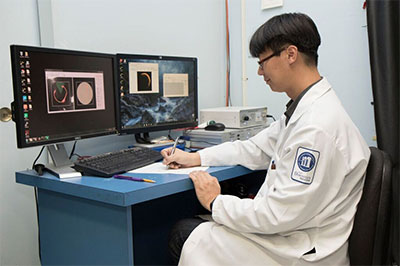