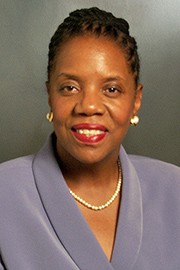 For more than three decades Rose Savage Jackman has served in an administrative capacity at our campus – first in the Office of the Dean of the College of Medicine and then as the Administrator for the Department of Pathology. From 1989-1998 she served as the Administrator for the Department of Pharmacology, and then in 1998 she became Senior Administrator for the Department of Physiology and Pharmacology. In this position she is responsible for fiscal and human resource management for the department. Rose assumed the role of Director of the Robert F. Furchgott Society in 2005 and as of 2017 has raised nearly $500,000 to provide awards and grants for medical students, graduate students, residents and fellows. She has successfully created two conference rooms in the basic sciences building that honor past Chairmen Dr. Robert Furchgott and Dr. Alfred Stracher. She is the recipient of several community and service awards, including the State University of New York Chancellor's Award for Excellence in Professional Service. 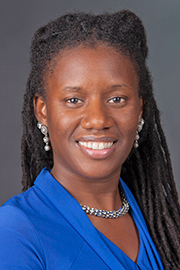 Ms. Kareese Steward completed a Master’s of Science at SUNY Buffalo. She began working at SUNY Downstate Medical Center in 2004 as a Scholarship coordinator in the Financial Aid Department. In 2011  she joined the office of Admissions and worked on various projects that re-organized the COM curriculum. In 2014 Ms. Steward began to work for the Office of the Dean, College of Medicine as Assistant to the director. In her role, she assisted with daily operations of the of the Clinical Translational Science Center (CTSC).  Ms. Steward joined the Department of Physiology and Pharmacology in 2018 as the Assistant to the Chair. She will be responsible for daily operations of managing the central administrative office and assist the faculty members. 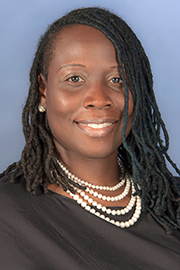 Ms. Davis began her career at SUNY Downstate Medical Center in 2001. She has worked as an Administrative Assistant in the Alumni Association-COM office and recently with the Dean’s Office College of Medicine as the Mentoring Program Coordinator. She was also the Assistant to the Director of the John Conley’s Division of Ethics and Humanity. This May, Dionne graduated from Brooklyn College with a BS in Business Management and Finance. Among her responsibilities she will work with the Course Directors in the College of Medicine and the School of Health Professions. 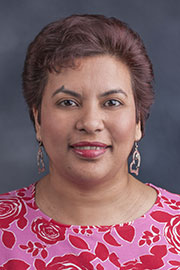 Assistant to the Senior Administrator
(718) 270-1339
rosanne.persuade@downstate.edu

Rosanne Persaud has been an employee at SUNY Downstate since 2007 and has worked in the Department of Psychiatry and the Infant Child and Learning Center. In 2016 she joined the Department of Physiology and Pharmacology. She is the assistant to the Senior Administrator and works on various projects including the Robert F. Furchgott Society and The Alfred Stracher Memorial Lecture. Mrs. Persaud's primary work is maintaining database files for fiscal management. She also assists with day-to-day administration of the department by providing support to the faculty and the Chairman.