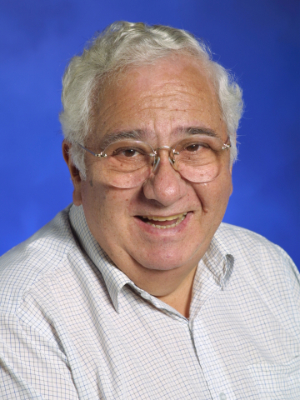 Dr. Henri Begleiter, Distinguished Professor of Psychiatry and Neuroscience, SUNY Downstate Medical Center at Brooklyn, was born in Nimes, France in 1935. Henri's unique perspective on life was colored by his early childhood in France, where he survived the war hidden in a monastery in the mountains of the Massif Central, separated from his parents throughout the war. Although this traumatic experience could have adversely distorted his perspective on life, on the contrary, it served to foster his enormous drive to succeed even in the face of adversity, strengthening his character, will power, and above all, his joie de vivre.

Henri Begleiter was an enthusiastic man with many interests. He read voraciously, so that one could have challenging and stimulating discussions with him on any topic at any time. He enjoyed classical music and jazz, traveled extensively, loved to cook and was a connoisseur of fine wine and French cuisine. He is survived by his wife Esther, his neurologist daughter, Dr. Alison Begleiter Siegel, his ER physician son, Dr. David Begleiter, his son-in-law, Dr. Noah Siegel (ENT), and two grandsons, Daniel and Benjamin.

Henri possessed a forceful, charismatic and extraordinary personality; his warmth, charm, vitality, gregariousness and infectious enthusiasm transcended everything that he did. He lived each day fully, and did not pursue any undertaking that he was not fully committed to. Although he was extremely intense in pursuing his goals, he was equally passionate about enjoying life.

Dr. Henri Begleiter, Distinguished Professor of Psychiatry and Neuroscience, SUNY Downstate Medical Center at Brooklyn, died in his sleep April 6, 2006, at home in Long Island, N.Y. He was one of the truly great, wise and charismatic leaders in clinical neurophysiology research, who possessed a unique combination of professional and personal gifts. He will be greatly missed by all of us who were fortunate enough to have known him, and been inspired by his scientific vision and infectious enthusiasm.

With Dr. Begleiter's rare encyclopedic knowledge in multiple fields, and his remarkable intellectual acumen, he almost single-handedly created a field of investigation that brought together the disciplines of neurophysiology, alcoholism and ultimately genetics.

Henri's research path has manifested an incredible vision-progressing from early animal and human work studying underlying brain hyperexcitability related to alcoholism, to subsequent findings demonstrating that this brain excitability is critically involved in the genetic predisposition toward the development of alcoholism, substance abuse, conduct disorder and antisocial personality disorder - an amalgam of disorders now known as externalizing disorders.

Starting with the ground-breaking finding, published in Science, that some neurophysiological anomalies in alcoholics were already present in their young offspring before any exposure to alcohol and drugs, Henri proposed a model that changed the thinking in the field: namely, rather than a consequence of alcoholism, this neural hyperexcitability was a predisposing factor leading to the development of alcoholism and related disorders. This innovative study was replicated throughout the world and launched him on a systematic search to elucidate the genes underlying this predisposition.

Henri Begleiter founded and headed the world-renowned Neurodynamics Laboratory at Downstate Medical Center, dedicated to cutting-edge research in brain dynamics, which has attracted scientists, residents, doctors, and post-doctoral fellows from throughout the world, each of whom have been inspired by his contagious enthusiasm for research, to make their own contributions to the field. Because of his inspirational leadership, the laboratory that he founded and headed, had been renamed in 2007 to the Henri Begleiter Neurodynamics Laboratory in his honor. Inspired by his passion, and guided by his vision, the Lab will continue on the path that he envisioned, continuing to make the Henri Begleiter Neurodynamics Laboratory a leading center of innovative research excellence that he would be proud of, so that his contributions will be fully realized.

As a devoted and inspirational mentor to so many, Dr. Begleiter challenged every one to do better to reach his high standards of excellence. He led by example, and wanted all those who crossed his path to grow, not by imitation, but by innovation. Henri Begleiter's style of leadership was not to micromanage, but to inspire and leave each person to work out the details. His provocative approach is summed up by this quote from Albert Einstein, a quote that he sent some of his lab members after his last lab meeting, about a week before he died:

"If at first the idea is not absurd, then there is no hope for it."

The Collaborative Study on the Genetics of Alcoholism

Before 1990, with his foresight and charismatic leadership, Henri Begleiter was instrumental in organizing the largest study in the world focused on the genetics of alcoholism, the Collaborative Study on the Genetics of Alcoholism (COGA), which he headed since its inception. Dr. Henri Begleiter placed much emphasis on the use of brain oscillations as endophenotypes, and this approach has proven successful in identifying genes involved in the predisposition to developing alcoholism and related disorders and is still state-of-the-art today. One major finding was the discovery that the GABRA2 receptor gene is involved in human EEG beta oscillations as well as predisposition for alcoholism and related disorders. These findings have recently been replicated in several laboratories. Another COGA finding was that a cholinergic muscarinic receptor gene (CHRM2) is involved in theta and delta oscillations underlying P300, and that the same gene is also associated with alcoholism and depression.

Leader in the Field

Adolf Pfefferbaum
From Rats to Monkeys to Man — The Neurophysiology of Alcoholism: A Tribute to Henri Begleiter