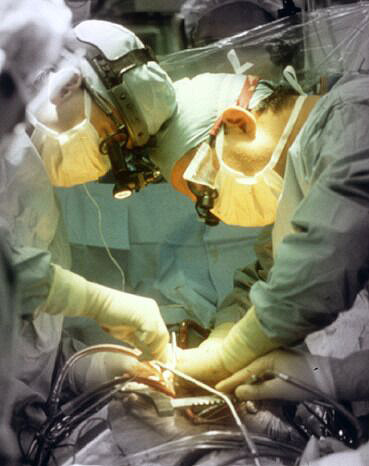 Most people with epilepsy can live seizure-free lives by taking one or two anti-epileptic medications. Unfortunately, about 1 out of 3 people with epilepsy continues to have seizures, despite taking multiple drugs. However, there is still hope for these patients, because some can become free of seizures with another treatment: epilepsy surgery.

For many people with epilepsy, seizures happen because a small part of their brain is damaged. This damage can result from many causes such as head trauma in a car accident or an accidental fall, a brain infection like meningitis, or a stroke. The damaged part of the brain stops doing its normal job and may behave abnormally – causing seizures.

The goal of epilepsy surgery is to remove the damaged part of the brain that is causing seizures and not performing its normal function. Patients who may benefit from epilepsy surgery undergo extensive testing to be sure that all their seizures start from only one area, and that removing this brain area will not cause any disability, such as paralysis, memory loss or loss of speech or vision. When the testing confirms that the damaged spot can be safely removed, a neurosurgeon operates and surgically removes this part of the brain. The first surgeries specifically for epilepsy were performed in the 1940s, and neurosurgeons have performed many thousands of these operations since then.

Who Can Benefit From Surgery?

Epilepsy surgery is a good option for people who

It is usually not a good option for people whose epilepsy is part of a genetic disorder, or whose seizures start in many different areas of their brain.

What Results Can I Expect?

Epilepsy surgery can result in seizure freedom even for patients who had been having frequent seizures while taking 2 or more antiepileptic drugs. In temporal lobe epilepsy – the most common kind of epilepsy in adults – approximately 70% of properly selected patients will become seizure free with epilepsy surgery. Patients should keep in mind that epilepsy surgery is not right for everyone with difficult-to-control seizures. At the Downstate Comprehensive Epilepsy Center we pride ourselves in providing each patient with an individualized evaluation, and recommending epilepsy surgery only when the epilepsy team agrees that it is the right choice.

For more information on epilepsy surgery, there are many internet websites. We recommend:

A medical journal article discussing epilepsy surgery can be found at: