Winner of the 1998 Nobel Prize in Physiology or Medicine, jointly with Louis J. Ignarro and Ferid Murad 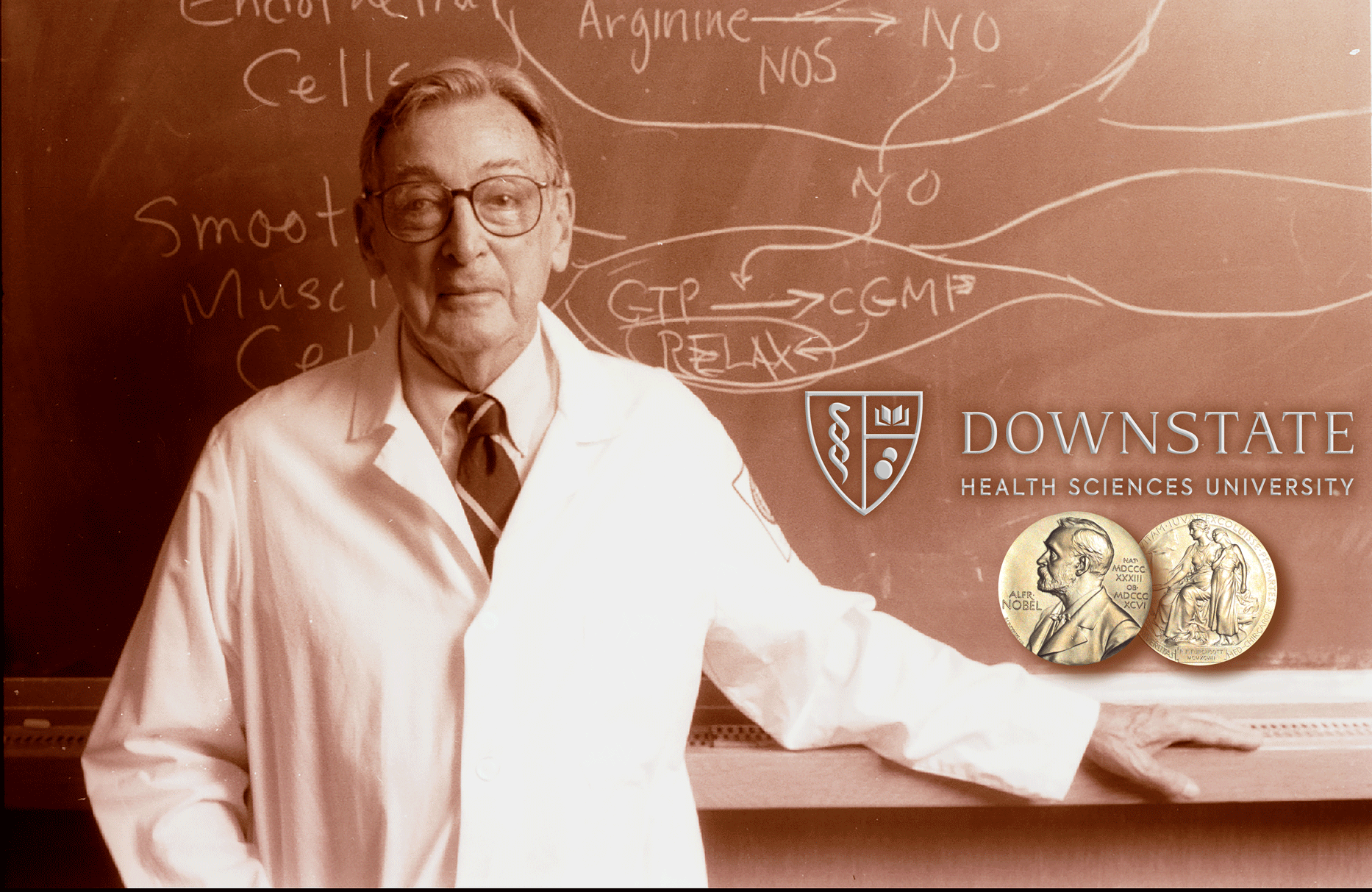 Dr. Robert F. Furchgott, distinguished professor emeritus and chairman of Downstate's Department of Pharmacology from 1956 to 1982, received world-wide recognition for his work, hailed as "brilliantly opening a new domain in science," and revolutionizing scientists' understanding of vascular physiology.

Dr. Furchgott's groundbreaking discovery was that the endothelium, a single layer of cells on the innermost surface of blood vessels, produces a diffusible substance that causes the underlying smooth muscle to relax. Dr. Furchgott later showed that the substance, which he called endothelium-derived relaxing factor (EDRF), was nitric oxide (NO). 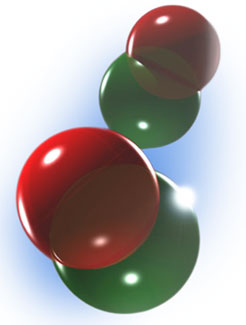 Since Dr. Furchgott's discovery almost three decades ago, research into nitric oxide has exploded, with hundreds of laboratories in this country and around the world studying NO to elucidate its biologic and clinical effects. The results of these studies show that nitric oxide is a messenger molecule involved in a wide range of biologic activities.

In addition to its effects on smooth muscle relaxation, NO plays a role in controlling blood circulation and mediating the infection-killing function of immune cells. It is believed that many cardiovascular and pulmonary diseases are the result of endothelial dysfunction in which either too much or too little NO is released. In the brain, NO appears to play a critical role in cell communication, and neuropsychiatrists are interested in its role in memory, pain, and addiction, and such diverse conditions as eating disorders, schizophrenia, and bipolar conditions. Other effects of this ubiquitous molecule, which Science magazine dubbed "queen of communication" and "molecule of the year" in 1992, are inhibition of platelet aggregation, bronchodilation, immune system cytotoxicity, and even male potency. In fact, the linkage of NO research to sildenafil, the impotence drug sold under the brand name Viagra®, caused a media stir beyond that which would normally be accorded a Nobel Prize winner.

Because NO affects so many physiological processes throughout the body, the impact of Dr. Furchgott's discovery is likely to be enormous. Drug companies hope to use NO research to develop new drugs to control hypertension, prevent sudden cardiac death, and perhaps to protect the brain against stroke and degenerative diseases such as Alzheimer's. Several clinical studies are underway to study the efficacy of inhaled nitric oxide, a gas that mimics the effects of endogenously produced NO, in treating pulmonary disorders, including adult respiratory distress syndrome and persistent pulmonary hypertension in newborns.

Of most significance may be NO's contributions to fighting heart disease. NO activates relaxation of the muscle cells in the walls of blood vessels, thus expanding the vessels and causing changes in blood flow. It is also believed by some to regulate the accumulation of cholesterol plaque, which can clog coronary arteries. Dysfunctional release of NO appears to be associated with a variety of diseases, including hypertension, myocardial ischemia, atherosclerosis, and, in extreme cases, congestive heart failure. New drugs in the class now called "NO donors" (drugs that release NO) may eventually be used to treat some cardiac and pulmonary diseases.