In 1997, the Department of Medicine established a lectureship honoring the accomplishments of Mildred "Barry" Friedman on behalf of patients with kidney failure.

Each Mildred "Barry" Friedman guest lecturer has made substantial contributions to medicine's understanding of the metabolic perturbations and clinical expression of diabetes and its complications, and all share the outlook that an initiating curative intervention for diabetes is close at hand. 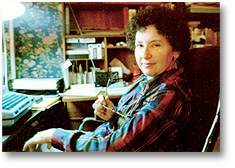 Mildred "Barry" Barrett-Lennard was born 1935 in North Tonawanda, New York, the daughter of Harding and Leontine, and was recorded as British Aristocracy in Debrett's Peerage & Baronetage. A biology major at Brooklyn College, with a Masters degree in Education, Barry married Dr. Eli A. Friedman upon his graduation from Downstate Medical Center in 1957.

Upon return to New York City, Barry qualified as an elementary school teacher but sustained progressive debility from diabetic kidney and eye disease. She then became both a patient advocate and medical writer devoted to improving the lot of those afflicted with diabetes. 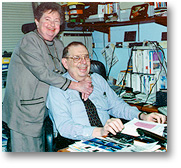 When Barry died, 18 years after kidney transplantation for renal failure attributed to diabetic nephropathy, the Department of Medicine established a lectureship honoring her accomplishments on behalf of patients with kidney failure.