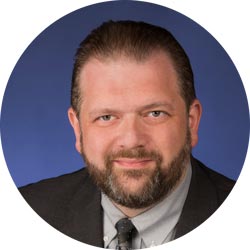 Dr. Putman serves as the Vice President for Academic & Student Affairs for all five of the SUNY Downstate schools and colleges. In his role, he provides overall coordination of services for students and serves as the deputy Chief Academic Officer. In addition, Dr. Putman also serves as a Clinical Assistant Professor in the Department of Psychiatry.

Dr. Putman is the recipient of the Pillar of the Student Affairs Profession Award from the NASPA Foundation (2020), the Scott Goodnight Award for Outstanding Performance as a Dean from Region II of NASPA: Student Affairs Administrators in Higher Education (2019), the Outstanding Contribution to the Student Personnel Profession Award from the College Student Personnel Association of New York State (2017), the Mid-Level Student Affairs Professional Award from Region II of NASPA (2007), and the SUNY Chancellor’s Award for Excellence in Professional Service (2001). He was also awarded the Teachers College, Columbia University Alumni Award for Outstanding Service from Teachers College, Columbia University in 2021 and was inducted into Alpha Omega Alpha (AΩA) National Medical Honor Society by the SUNY Downstate Eta Chapter in March 2022.

In addition to his role at Downstate, Dr. Putman serves in leadership roles as Past-President of the SUNY Council of Chief Student Affairs Officers (served as President from 2019-2021); as Regional-Director-elect and Regional Historian for Region II, a member of the Region II Advisory Board, and as Senior Student Affairs Officer Liaison for the Information Technology Knowledge Community of NASPA: Student Affairs Administrators in Higher Education; as President Emeritus of the Purchase College Alumni Association Inc.; as Past-President of the Teachers College, Columbia University Alumni Council and Alumni Association; and as Doctoral Campus Liaison and member of the Executive Committee of the SUNY Chief Academic Officers Association. 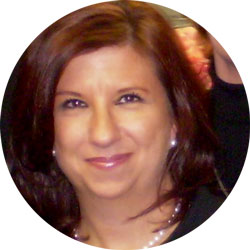 Dean Christoforou wears many hats at our school. She considers her most important and fulfilling hat the counseling of students in academic, personal and career matters. She advises students in "life" scheduling (a.k.a. the Wedding and Family Planner!) Dean Christoforou’s favorite 3 days of the year are Graduation, Match Day and new Student Orientation.

Dean Christoforou has been in medical education since 1985. She began her career in Student Affairs at the Mount Sinai School of Medicine and joined SUNY Downstate in 1994. She has served on numerous national and regional Student Affairs committees of the Association of American Medical Colleges (AAMC) and has presented sessions at both the regional and national conferences. In 2002, Dean Christoforou was awarded the SUNY Chancellor’s Award for Excellence for Professional Service. However, her most prized awards come directly from the students for recognition in Student Service. 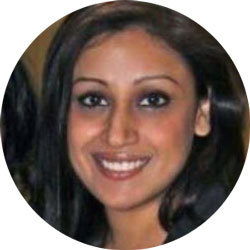 Dr. Akhtar oversees the provision of services to all colleges and schools but with particular focus and responsibility for the School of Health Professions, the College of Nursing, the School of Graduate Studies, and the School of Public Health. In addition, she provides services to students with disabilities and international students. She also coordinates the Student Health Insurance program.

Dr. Akhtar holds a doctorate in Cultural Anthropology from University at Buffalo, SUNY. She previously served as the Director of Student Affairs at NYU College of Dentistry where she was responsible for a diverse student population. She worked with deans, chairs, and faculty to develop innovative programming that fostered a positive academic and social community and implemented student success and retention programs. She was also a member of the faculty responsible for all components of diversity and cross-cultural competence curriculum for health care providers at the graduate and post-graduate level.

Assistant to the Vice President