Message from President Riley about the passing of Dr. Eugene Feigelson 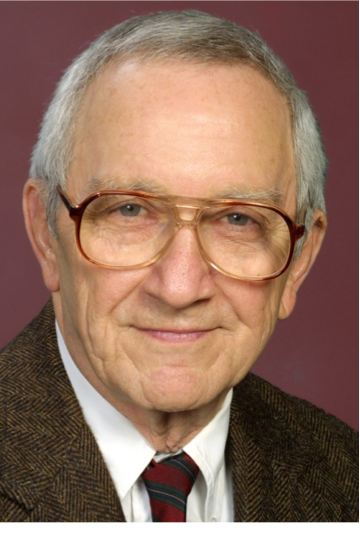 It is with great sorrow that I announce the recent death of Dr. Eugene B. Feigelson, a Downstate legend who held a series of leadership roles both here and in the medical profession at large. From 1997 until 1999, Dr. Feigelson served as Interim President of Downstate where he ably steered our institution through a period of great change.

From 1978 through 1995, Dr. Feigelson was Professor and Chair of Downstate’s Department of Psychiatry. He then served, initially as Vice Dean (1995-1996) and then as Senior Vice President for Biomedical Education and Research and Dean of the College of Medicine from 1996 until the time of his sabbatical in 2006. Upon his return in 2007, he served as Director of International Education and Global Health until his retirement. In 1998, the SUNY Board of Trustees named him Distinguished Service Professor.

As Dean of the College of Medicine, Dr. Feigelson created an innovative curriculum geared to providing students closer connections between basic science and clinical practice. He expanded case- and problem-based interactive learning and introduced early exposure to clinical practice. Under his leadership, sponsored research doubled. He was known for cultivating strong relationships with students making a point to have dinner with each incoming student in groups of six. He was a strong advocate for student needs. As part of his legacy, Dr. Feigelson established The Eugene B. Feigelson Meri-Based Scholarship for Economically Disadvantaged Medical Students.

Dr. Feigelson earned his M.D. at Washington University of Saint Louis where he graduated at the top of his class. He trained in Internal Medicine at Columbia Presbyterian Hospital and then became a Clinical Associate at the National Heart Institute in Bethesda, Maryland. He returned to Columbia University to train in Psychiatry and was certified by the New York Psychoanalytic Institute.

Prior to coming to Downstate, Dr. Feigelson served as Chief of Psychiatry at St. Luke’s Hospital (a Columbia-Presbyterian affiliate). He developed one of the first psychiatric day hospitals in America. At Downstate, he continued to create innovative psychiatric programs; in 1978, shortly after his arrival, he helped establish one of the first medical-psychiatric consultation services in U.S. hospitals.

Throughout his career, Dr. Feigelson authored numerous professional articles and was a peer reviewer for several journals. He served in leadership positions in prestigious professional societies and community organizations. He was a Fellow of the New York Academy of Medicine. He served as honorary chair of a ceremony recognizing African heads-of-state during a meeting of the UN General Assembly.

In the early 1990s, as Chair of the Council on International Affairs of the American Psychiatric Association, Dr. Feigelson played a major role in confronting the Soviet Union's use of psychiatry to suppress political dissidents. In 1992, he led a “traveling University” to Eastern Europe where he took American psychiatric ideas to countries that had been underserved under Soviet rule.

He has been honored by the Psychiatric Associations of Czechoslovakia, Hungary, and Poland, and received a gold medal from Charles University in Prague. He also led successful medical delegations to China, Cuba, Russia, Cambodia, Vietnam, and India.

Those who knew Dr. Feigelson remember him as a soft-spoken scholar, a man of high ideals, and a strong supporter of Downstate and its students. Above all else, he believed in the practice of medicine as the most noble of all professions.