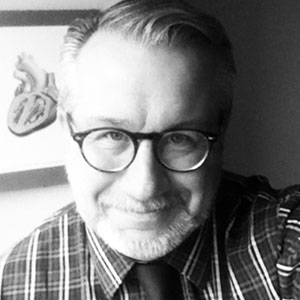 I am proud to offer support and services of our creative and talented New Media Services Staff to the SUNY Downstate Health Sciences University Community.

During my 31 years at SUNY Downstate we have continually improved the technological infrastructure of our department. I have witnessed over the years exceptional teaching, ground-breaking research and superior patient care at SUNY Downstate. My highest priority will be to continue facilitating the advancement of communication solutions to our institution. 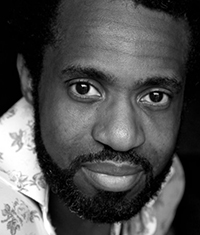 Siji is a storyteller at heart. His work places strong emphasis on capturing compelling stories that not only engage and inform but also welcome us into lesser known worlds and challenge the way we view the world around us.

His previous experience includes extensive video production and post-production for multi platform use on numerous projects including an international feature length documentary film. His previous clients have included; The Skoll Foundation, MTV, BBC, CCCADI and the Brooklyn Arts Council among many others. Siji is also an accomplished musician and world a globe trekker. 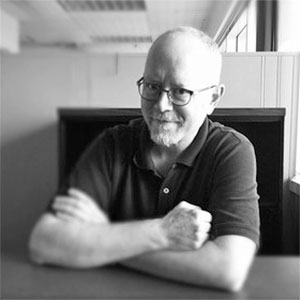 Mr. Cormier has a diverse background in photography, graphics, as well as standards compliant coding and web design – adding a skilled technical ability to the web development services offered to Downstate Medical Center. Customer service has always been a part of his day-to-day routine, so sitting with clients interested in making a web site offers him an opportunity to perfect the editorial process and aid in content creation and refinement. In other words, he enjoys making a great web site that gets the point across.

Mr. Fasano's training includes conceptualization and production of medical related media including illustrations, graphics, and models. He has also trained in maxillofacial prosthetic fabrication at both University of Illinois at Chicago and Columbia University. His work experience includes book publishing and production, desk-top publishing and computer graphics.

Mr Fasano is currently the medical illustration/graphic designer in New Media Services, where he has worked since the fall of 1996.

New Media Service's Administrative Manager. Please call Ms. Jones (718-270-7550 if you would like information about our departments services and pricing.

A skilled photographer both the studio and on location. Mr. Lainez takes on any job that allows him to interact with people. 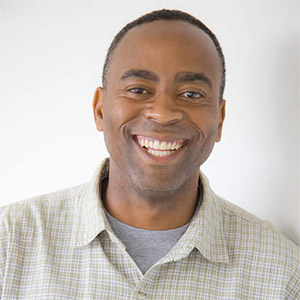 Mr. Ustinov Luke has been doing in video production since 1992 where, at Practicing Law Institute, he first worked as freelance Audio/Video Technician. In that capacity, Mr. Luke's job entailed mixing audio levels in the production control room, and doing off-line editing.

In 1996 Mr. Luke joined the SUNY Biomedical Communications team, where he has and continues to work in a variety of projects which require an equally varied array of technical expertise. At SUNY he has worked on promotional and training videos, and in a health cable program for which he is both camera operator and editor. 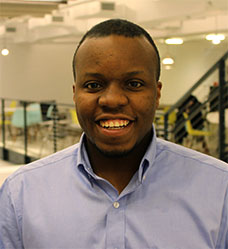 Sean is currently the New Media Specialist & Web Designer in the Department of New Media Services, where he has worked since the fall of 2017.

A native Long Islander, Don Stankalis was born in Rockville Centre and moved to Brooklyn in 2007.

Don spent almost a quarter of a century honing his skills in personal computers, multimedia, and web page creation at the New York Institute of Technology and then a member of the staff of the Academic Computer Laboratory in the Dorothy Schure Old Westbury Campus. Don was also an instructor at the Horizon weekend and Summer program also at the Old Westbury Campus. He transferred to the Technology Based Learning Systems department at the Central Islip Campus in 1990 and worked until the year 2000, when he started at SUNY Downstate.

Don's love of computers and model rocketry have taken him to many interesting places, including being an instructor at the New York Hall of Science, and a lecturer at MIT's last annual Model Rocket Convention. He is a long-time adult leader in the Boy Scouts of America, and was presented the Silver Beaver Award in 2004.