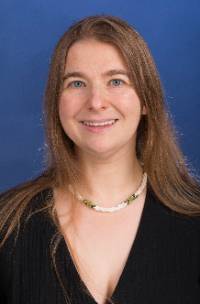 Janet Rosenbaum studies educational and economic factors in adolescent health. Her methodological expertise is in causal inference methods such as matched sampling. Her current projects include high school suspension (funded by the Spencer Foundation), community colleges (funded by the American Educational Research Association), and coerced unsafe sex and pregnancy. Dr. Rosenbaum completed a postdoctoral fellowship at the Johns Hopkins Bloomberg School of Public Health under a Centers for Disease Control sexually transmitted diseases training grant. She also earned a Ph.D. in health policy and statistics, an M.A. in statistics, and a B.A. in physics, all from Harvard University. Her dissertation studied virginity pledges and adolescents' inconsistent reporting of their sexual histories, and was covered by media including the New York Times, National Public Radio, and Saturday Night Live's Weekend Update.

In 2003, the American Academy of Pediatrics issued a policy statement that out-of-school suspension and expulsion "jeopardize children's health and safety." Schools make more liberal use of out-of-school expulsion and suspension than in the past, but little or no public health research has tested the outcomes for students who were suspended or expelled. This project, funded by the Spencer Foundation, quantifies long-term educational and risk behavior outcomes of students who were suspended/expelled from school, and identifies groups that are more strongly affected.

Some youths obtain spending money from their romantic partners. Past research has found that non-romantic relationships in which money is exchanged directly for sex are risky, but we know little about risks associated with romantic relationships that include economic exchanges. Dr. Rosenbaum found that condom non-use is twice as common among adolescent girls whose boyfriends are their primary source of spending money, compared with girls who have other sources. Employment may help adolescents stay independent but may pose other problems.