Structural and Functional Organization of the Hippocampal Inhibitory Circuit

The hippocampus plays an essential role in many normal physiological functions, such as information processing, learning and memory formation, as well as in several pathophysiological conditions, such as epilepsy and Alzheimer's disease. Although much of our current knowledge regarding the organizational structure and function of the hippocampus has been derived from studies of the principal cell population, it has become increasingly clear from recent work that inhibitory interneurons play an integral role in the regulation of hippocampal network activity. Neuronal population oscillations, synchronization, and synaptic plasticity are all influenced by GABAergic inhibition. Thus, an understanding of the structure and function of the inhibitory circuit is essential for a full understanding of neuronal population behavior and network activity, in the hippocampus in particular, and the cerebral cortex overall.

Our laboratory has been investigating the structure and synaptic organization of the inhibitory circuit in the hippocampus. We have been using primarily electrophysiological techniques, combined with anatomical methodologies, to study the morphology and synaptic connectivity of the interneuron population.

Hippocampal interneurons are the GABAergic cells which, when activated, release GABA onto synaptically connected principal cells (primarily the pyramidal neurons of Ammon's horn) to produce a membrane hyper-polarization. We began our investigations by examining the connectivity of interneurons within this inhibitory circuit. Our initial studies addressed the functional aspects of interneuron-to-interneuron communication. These studies indicated that there is recurrent connectivity among interneurons; that is, that interneurons have the ability to excite other interneurons, and that this excitation is mediated by a depolarizing synaptic action of GABA on GABAA receptors.

Our subsequent studies have continued to investigate the organization of the inhibitory circuit of the hippocampus. We have since demonstrated that multiple subpopulations of interneurons exist in the hippocampus. These interneuron subtypes can be differentiated by their recurrent connectivity, by the presence or absence of electrotonic coupling, by their responsiveness to GABAA receptor blocking agents, and also by their output properties. Currently, we are focusing our studies on the output functions of interneurons within the hippocampal circuit, and examining differential interneuronal synaptic outputs onto the individual principal cell populations.

Our most recent studies have demonstrated that, under conditions of hypersynchronous neuronal firing into the hippocampus, the output of interneurons onto dentate granule cells can be excitatory, and can facilitate burst firing in these cells. Our research suggests that synaptically released opioid peptides, possibly co-released with GABA from interneurons, contribute to the development of burst firing in granule cells. We hope that our research into the structure and functional organization of the inhibitory circuit will better our understanding of the important role of the inhibitory circuit in the regulation of normal and abnormal hippocampal function. 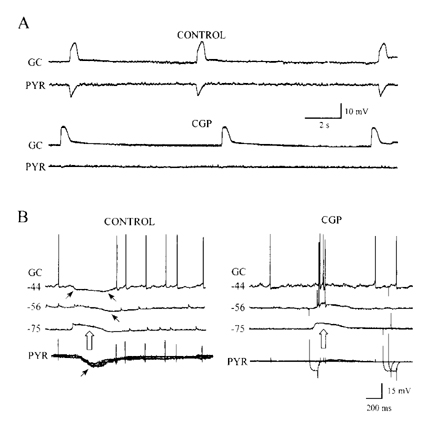 Figure 1. Novel Glutamate ant GABA-Independent Synaptic Depolarization is Present in Dentate Granule Cells But Not Pyramidal Cells.
A. Spontaneous activity in a dual recording of a granule cell (GC) and a pyramidal cell (PYR) before and after addition of the GABAB receptor blocker CGP 55845A (20 mM) to the perfusion solution containing 4-aminopyridine and excitatory amino acid receptor blockers. Note that CGP blocks the spontaneous activity in pyramidal cells, but not in granule cells.
B. The granule cell spontaneous events in a different experiment were recorded at different membrane potentials to show the effect of CGP on the hyperpolarizing input (arrows). Intracellular hyperpolarizing pulses were injected intc, pyramidal cell to verify the stability of the cell impalement. Note the block of the GABAB input in both the pyramidal cell and the granule cell, and the CGP-resistant depolarization (open arrow) which persists selectively in the granule cell.