The long-term goal of our research is to construct and characterize a realistic three-dimensional model of the brain extracellular space (ECS), in order to predict the impact of structural changes on the transport of signaling molecules, nutrients and therapeutic agents. ECS comprises the narrow channels that separate brain cells but cannot be directly visualized in the living brain. It is essential for normal brain function and influences many critical processes including intercellular signaling, nutrient delivery and neurotrophic effects. Significantly, the ECS also forms the final route for all drug delivery to brain cells. Once introduced into the ECS, substances are transported predominantly by diffusion because the ECS lacks any active transport mechanism. Physiological effects of the substances diffusing in the ECS are governed by their concentrations and their arrival times, which in turn depend on the ECS structure affecting the diffusion. To develop quantitative understanding of any of these diffusion-mediated processes, essential structural parameters of the complex ECS environment must be identified and characterized.

Our lab combines experiments measuring diffusion in brain tissue with mathematical modeling to characterize the structure of the ECS and how it is regulated. ECS forms approximately 20% of the brain volume, and it is filled with ionic solution and macromolecules of the extracellular matrix. The basic ECS structure is determined by a) the geometrical shape of neurons and glia, b) the width of the pores between the cells, and c) the extracellular matrix. We study the role of these factors, and how they changes during brain activity and in pathological states. The results of our studies are important both for understanding how altered ECS structure in neuropathological states disrupts the chemical traffic of the brain, and for designing effective strategies to deliver drugs in patients suffering from neurological disorders and brain tumors. 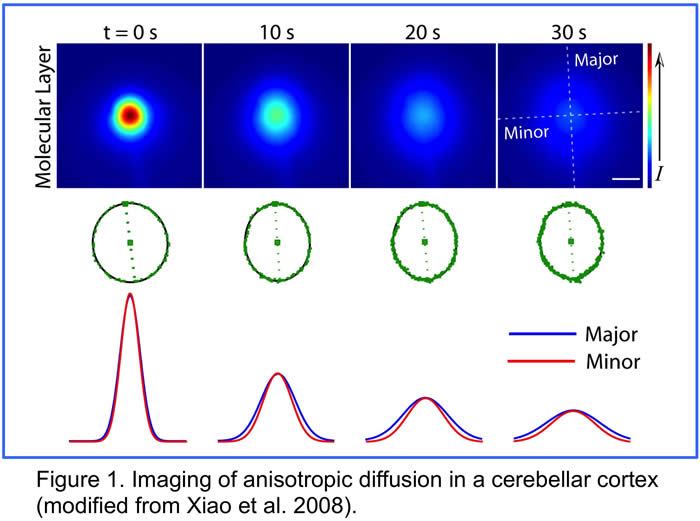 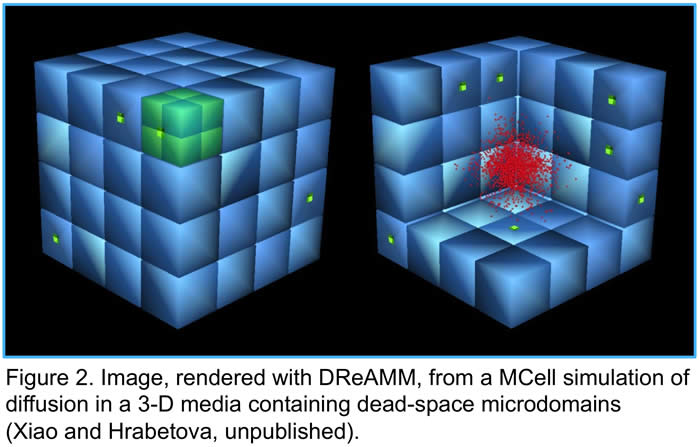 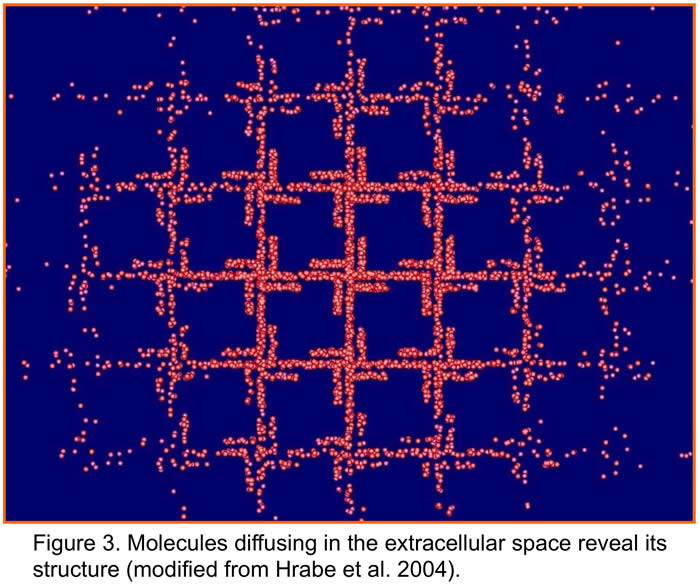