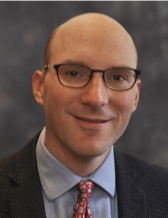 Dr. Herman is the Chief  of Urology Mount Sinai-South Nassau Community Hospital. Under his leadership SNCH has emerged as a center of excellence in Urological Services. Dr. Herman has a special interest in Robotic Surgery and expertise in developing clinical investigational projects in Urology. The rotation at SNCH has emerged as a resident favorite.